At the recent KOAH, Inc. board meeting, Chairman of the Board Oscar Tang named KOA President Toby O’Rourke the new Chief Executive Officer (CEO) of Kampgrounds of America Inc.

Toby will take over from our current Chairman and CEO, Pat Hittmeier, who has announced his retirement after 38 years with the company. He will continue to serve as a consultant to KOA, specifically in the areas of new acquisitions and development of company properties. 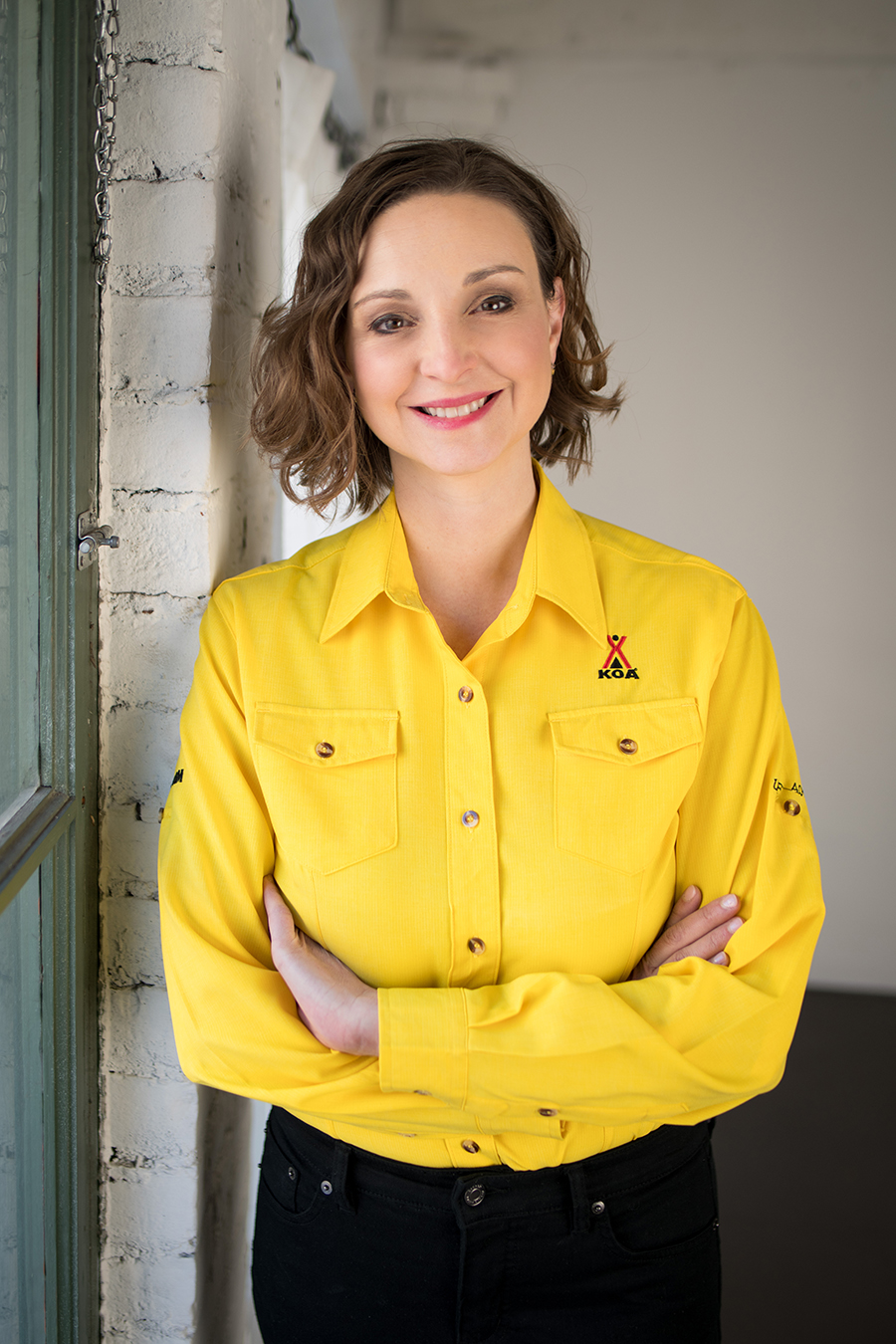 Toby will now have the title of KOA President and CEO. The official transition of leadership between Pat and Toby will happen in late April.

Toby joined KOA in 2011 as our Director of Digital Marketing. She quickly rose through the ranks to become Vice President of Marketing before being named our Chief Franchise Operations Officer in 2016 and President in 2018.

Her arrival in 2011 coincided with a period of record growth at KOA, in both the number of campgrounds in the system (currently 517 locations) and our revenue performance. Her initial strategic modifications to KOA’s digital marketing programs provided the catalyst for KOA’s growth and guest recognition.

Toby is only the sixth person to lead KOA, and the first woman in the top leadership role.

“It’s truly been a highlight of my career at KOA to be able to work with someone of Toby’s caliber,” said Pat. “I can’t tell you how confident I am to turn the future of KOA over to someone with her drive, vision, and track record for success. Toby does so many things so well, every day. She is a strong natural leader who provides the kind of direction that fuels progress towards achieving short- and long-range strategic goals. I have complete trust in Toby’s ability to move KOA into the future while maintaining the valuable culture and integrity of this great company.”

Toby is a native of Sheridan, Montana. Before coming to KOA, she worked in brand management and digital marketing for WhiteWave Foods in Broomfield, Colorado, and Hillshire Brands (now Tyson Foods) in Downers Grove, Illinois. She also has a background in software development and business architecture consulting. She earned a Bachelor of Arts degree from the University of Notre Dame and a Master of Business Administration from the Kellogg School of Management at Northwestern University. In 2017, she was named to the exclusive “Forty Under 40” list by Advertising Age Magazine.

Pat has served in nearly every department during his long tenure at KOA. Before being named Chairman and CEO of KOA in 2016, he became KOA’s Chief Operating Officer in 2009 and was promoted to President of the company in 2010.  He had also served as the KOA Vice President of Franchise Services and led KOA’s System Development Division.

“We are very fortunate to have had such a strong leadership team in place at KOA,” said Oscar. “Pat has successfully dedicated nearly his entire career to the advancement of family camping.  As the CEO of KOA for the last seven years, he has led the company to a period of unprecedented growth, not only in its business levels and profitability but also in the capabilities of its organization.   He has now chosen to turn the leadership over to Toby and her team, who we are confident will take this established company in new directions, keeping us relevant in the marketplace while never losing sight of providing the quality outdoor experience that our guests have come to expect.”