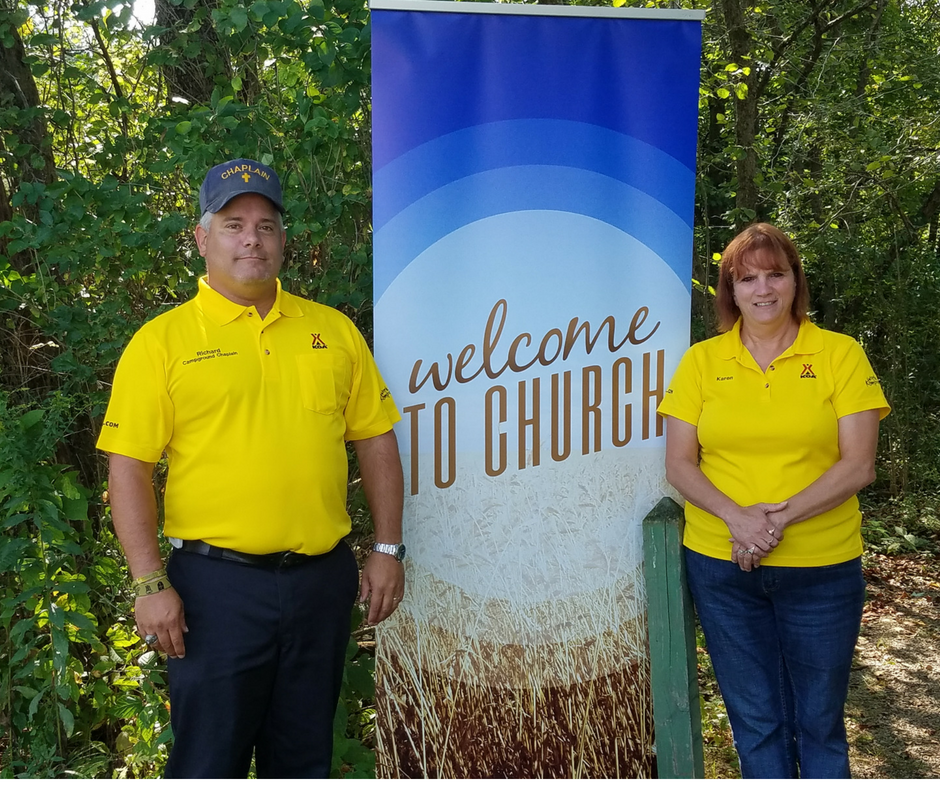 Rev. Richard and Karen Strait Rev. Richard Strait had a unique Work Kamping position as chaplain for the campground. Not many KOAs have chaplains, but he has been working as one for the past several years at various locations. In addition to conducting non-denominational chapel services on Sundays, Richard and his wife Karen visit with campers throughout the week, help with campground activities such as arts and crafts, and help with other duties such as cleaning, grounds maintenance, and office work.

Chautauqua Lake KOA Holiday in New York was lucky enough to employ these great Work Kampers a few years ago. While working there, Rev. Richard says he had many great experiences, but he has a funny story that sticks out to him:

“My wife and I go visiting around the campground during the day and evenings. We simply walk and if we see folks outside at the site we will introduce ourselves and see how their stay is going and if they need anything. That whole making it GREAT.

As we were walking we could overhear one of the groups on our buddy sites talking and joking. They were having a great time. Chautauqua Lake KOA is named so because it sits right near beautiful Chautauqua Lake. The lake is a favorite for those that love to fish. A guy just finished telling one heck of a fish story and we could hear that no one believed him despite his buddies that were in the boat verifying the story as true. Finally, the guy said, ‘If I am lying may God send someone to correct the error of my ways.’ Right as he finished saying that is when my wife and I came around the front of their RV. I said ‘Hello folks.   My name is Chaplain Richard.’ They all burst out laughing except for the guy that just made the statement about if he is lying.”