Kampgrounds of America Participates in the Florida RV SuperShow

Kampgrounds of America recently participated in the Florida RV SuperShow, in a booth sponsored by the KOA Work Kamper program. 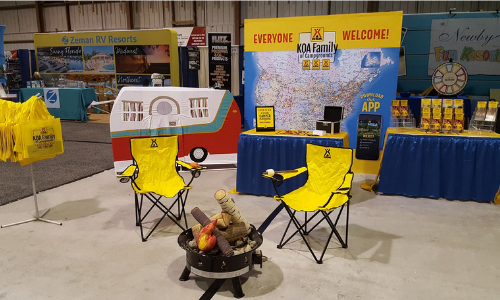 At 1.2 million square feet of indoor and outdoor display space and over 450 vendor booths across 26 acres at the Florida State Fairgrounds, the “Tampa Show” is one of the largest RV shows in the nation and has been in entertaining Central Florida campers for the past 34 years. Roughly 75,000 people attended the show this year, which ran from January 16-20.

Eight of our KOA campgrounds helped at the show, staffing the booth throughout the entire run.  Their experience with the show attendees was overwhelmingly positive.

“We encountered many people who stated how much they loved KOA and camped at KOA all the time,” said Ron Shamblin, owner of Jacksonville N./St. Marys KOA Holiday in Georgia.  According to David Nichols, staff member from the Orlando SE/Lake Whippoorwill KOA Holiday in Florida, the majority of questions the booth received concerned the KOA Value Kard Rewards program. They also discussed the KOA Work Kamper program with many potential members, and were able to sign up several new teams.

This year, the booth included a giveaway of a Jetaire Camper Playhouse from Crate & Barrel.  The winner will be drawn soon and announced once the winners have been notified. 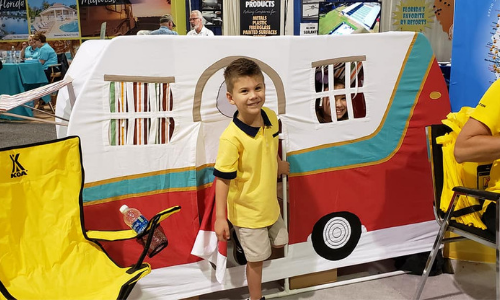